Ingo Arndt, born in 1968 in Frankfurt / Main in Germany, has been working as a professional wildlife photographer since 1992. His images have been met with wide recognition and have been published all over the world in magazines like GEO, National Geographic, BBC Wildlife and Terre Sauvage.

For his photographic reports he has worked on virtually every continent. Together with his wife he spends on average six months travelling each year. With his images Ingo Arndt aims to involve the onlooker emotionally, to raise awareness for the multitude of natural treasures and thus promote nature conservation. Beyond searching for the perfect single photograph, he seeks to visualize complex ecological relationships and record unique behaviour patterns in the animal kingdom. Right from the start in his career Ingo Arndt has opted to specialize in producing detailed picture stories.

In 2005 he was honoured by World Press Photo for his story on Animal Feet. In 2000, 2002, 2004, 2006 and 2007 his images were awarded a prize at the competition Wildlife Photographer of the Year. An overall of 16 of his images were awarded at the European Wildlife Photographer competition. In 2008 he was honoured with the German Prize for Scientific Photography and in 2008 he received the Fritz Pölking Award by the German Society of  Nature Photography (GDT).

Ingo Arndt is an invited member of the German Photographic Society (DGPH). His exhibitions are showcased in many European venues, and his work is often documented in media broadcasts. He has published 14 books, including Logbuch Polarstern (2005), Monkeys and Apes in the Wild (2007), Nomads of the Wind (2008) and his latest work Tierreich (2010). 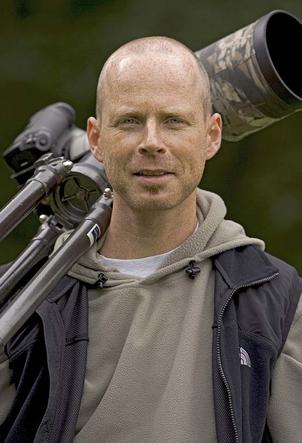 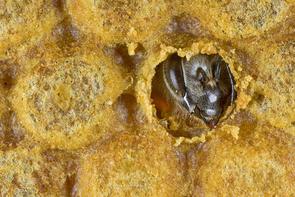 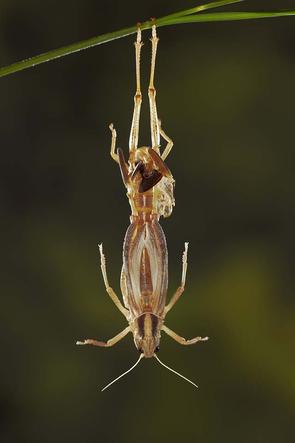 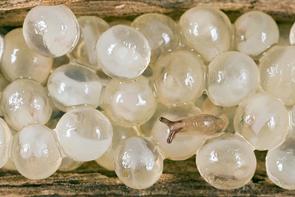 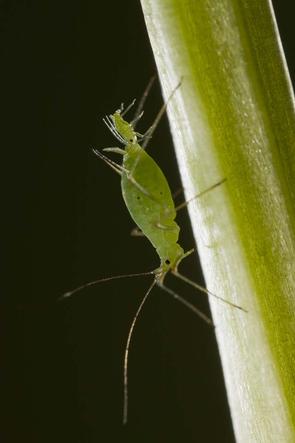 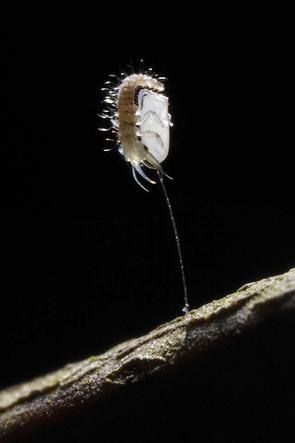 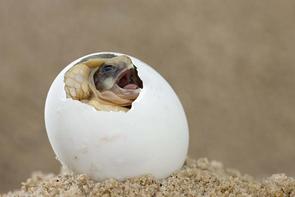 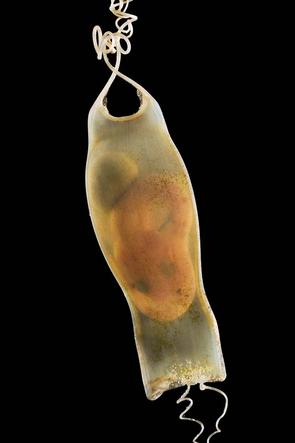 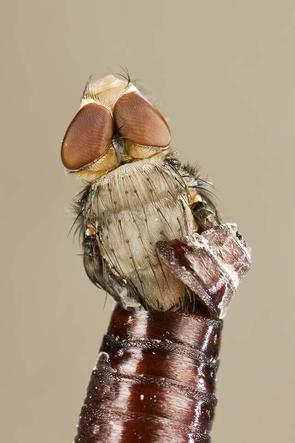 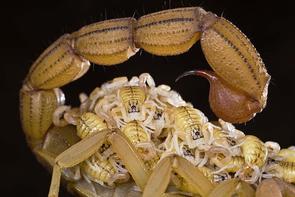 Scientists, private breeders, family members, research institutes: they were all roped in for my project. New Life is the motto I attached to a photo story in which I wish to show the unique moment when an animal is born. Naturally I wanted to show a cross section of various species, but my work was essentially guided by artistic and visual aspects.

I quickly discovered that in some cases I had to exchange the woods and meadows for the photo studio. As with some species the only way to photograph them was in controlled environs, observing them days on end so as not to miss the exact moment of the "birth". I am exceptionally grateful to the many complete strangers, who always welcomed me and supported my work. However, a good share of the images were made out of doors on my own door step. My wife, for example, found the clutch of slug eggs under a rotten piece of wood, and the water butt in front of our bedroom window provided plenty of mosquito offsprings - and also the ground for huge blood loss during warm nights with open windows. 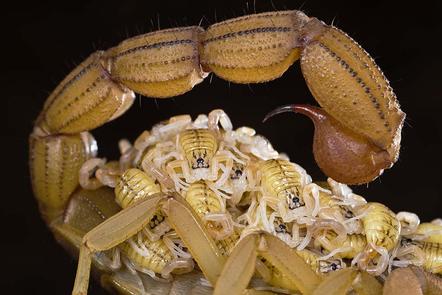 Well protected - Young Scorpions (C)
Newborn scorpions are safe on their mother's back whose sting protects them from predators. 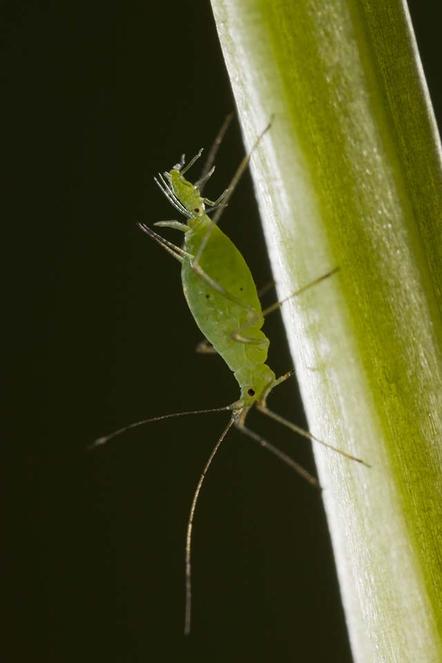 Live birth - Birth of a plant louse
The pea aphid is only about 3 millimetres and has an extremely high rate of asexual reproduction. The female animal gives birth to asexual, live young. As late as autumn the development of males and females takes place. After mating, fertilised eggs are deposited for the winter and will then hatch in spring. 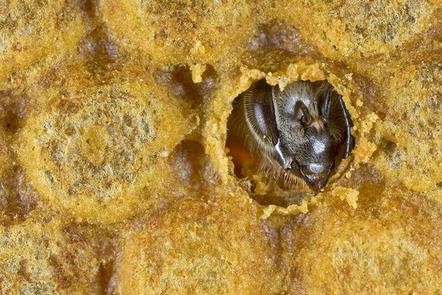 Bitten through - Hatching honey bee (C)
During the hatching process the honey bee opens its cell with its sharp mouth parts. Initially the insect is of a pale colour needing to unfold its wings and dry completely. For days before leaving the hive for the first time to forage, it will have to attend to important tasks such as looking after the larvae, making combs and keeping watch. 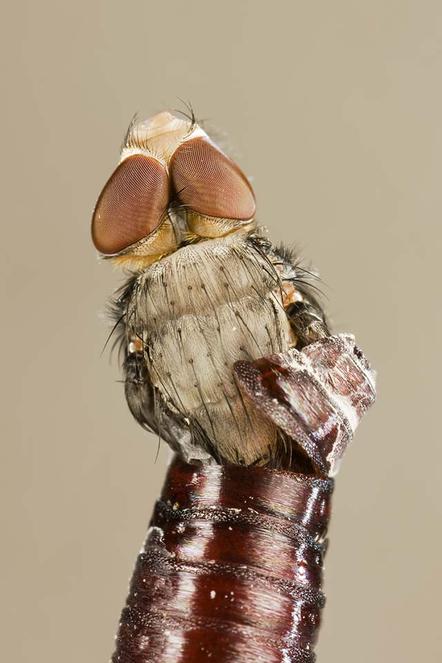 Ripped open - Hatching fly (C)
It takes the fly a few minutes to emerge from the tight puparium. Its compound eyes are already well developed. Before the first take-off it needs to dry its wings during which it is completely unprotected from its predators. 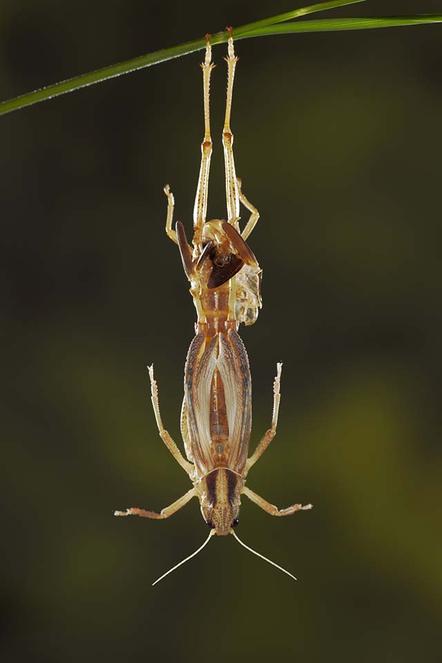 Rebirth - Locust shedding its skin (C)
After the last moult the locust is fully grown and sexually mature. There are two forms of these insects of up to 6 cm to be found: Some are faithful to their habitat while others form large, wandering swarms. 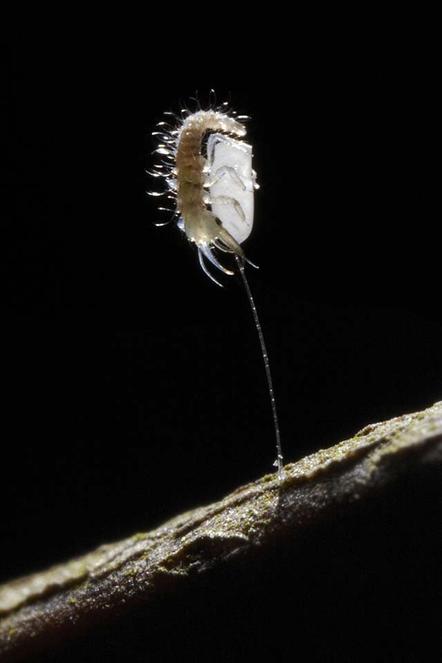 Like a lolly - Hatching lacewing
The egg of a lacewing sits on a long stalk. It is tiny and almost invisible to the naked eye. After it emerged from the egg, the larva balances down the stalk and moults for the first time. After 8 to 22 days hunting aphids (plant lice), it will be fully grown. 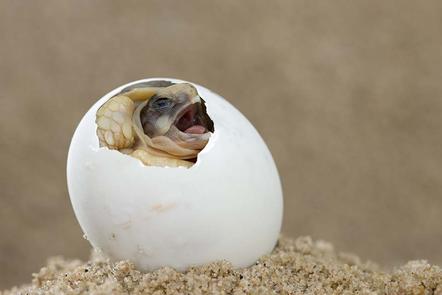 Hard work - Hatching tortoise (C)
With its egg tooth the young marginated tortoise has opened up the shell. It can take several hours before it has completely freed itself from the formerly protective shell. 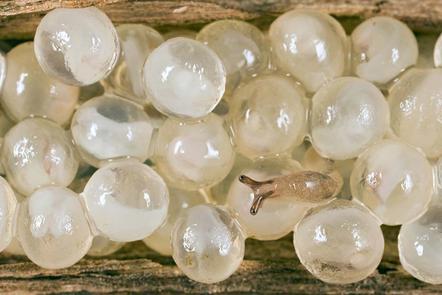 Getting out of the slime - Hatching slug
From the first egg in a clutch a young slug has emerged. Well hidden under rotten wood its siblings will soon follow. Their shapes are already recognisable through the translucent membrane of the eggs. 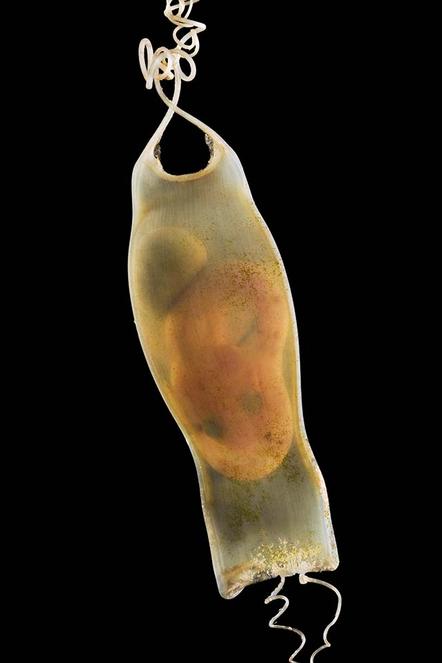 Transparency - Cat shark in its egg (C)
Through the transparent egg shell the cat shark embryo is clearly visible. The yolk sac, from which the baby shark feeds, sits right beside.
to Fritz Pölking Junior Prize 2012