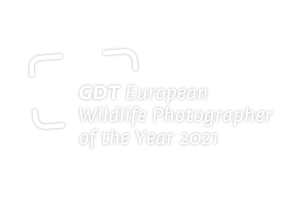 European Wildlife Photographer of the Year 2021 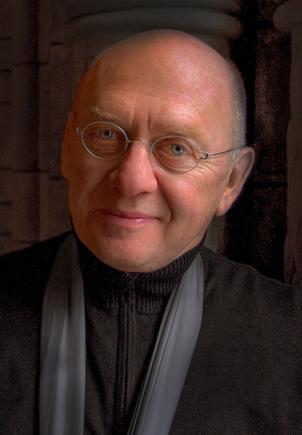 Minnesota, USA native Jim Brandenburg started an early music career playing with musicians Chuck Berry and the Everly Brothers. He made a major shift to photography in his late teens because of his deep love of the natural world. After working for newspapers he made his debut with National Geographic by filming the TV special Strange Creatures of the Night in 1973. He filmed and produced the award-winning National Geographic TV documentary White Wolf which premiered at the Sundance Film Festival in 1986.
Through his career Brandenburg photographed and wrote many stories for National Geographic Magazine as a contract photographer. The magazine published its first ever digital photography story with his Boundary Waters in 2003. And the 93 Spring Days NGM story in 2016 has the most photographs (93) ever published by the magazine. Along with his books Chased by the Light, Brother Wolf, White Wolf have been on the national best sellers list in America. Photographic exhibitions of his have broken attendance records in Germany, Europe. He is mainly working in the nature filming area now with several major movie projects in production around the world.
His most proud achievements are having legally forever preserved by his Brandenburg Prairie Foundation 12 sq. km of rare tallgrass prairie (Touch the Sky Prairie) from his childhood landscape and boreal forest around his wilderness Ravenwood forest residence.
Jim was in 2017 honored with the GDT's Fritz Steiniger Award for extraordinary contribution to nature photography.
www.jimbrandenburg.com 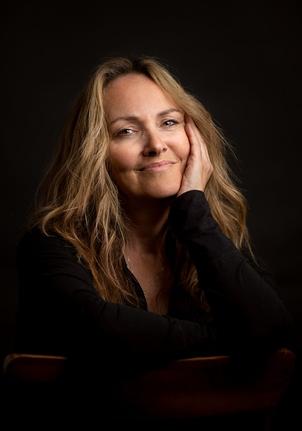 Viktoria is originally from the UK and a resident of BC, Canada since 2007. She is heavily influenced by the beautiful environment that surrounds her.
She has a background in fine art and anthropology. This combined with her love for the natural world, brings a unique perspective to her photography. Her ethos is to tread lightly; observe and document the subtle visual story within whichever photographic genre she is working.
Viktoria’s work covers the fields of landscape, portrait, wedding, event, promotion, editorial, stock and photography education. The diversity of her work allows cross pollination of skills and experiences between these different photographic genres and allows her to stay creative and excited about the projects she undertakes. She loves nothing more than sharing her passion for photography in an educational role – whether that is over a cup of coffee and a chat or on a multi-day back country workshop.
Viktoria is proud to be a Nikon Canada Ambassador and Global Ambassador for Lowepro Bags. She has been published by numerous media outlets around the globe, both online and in print and is a regular contributor to Photo News Magazine.
www.viktoriahaackphotography.ca 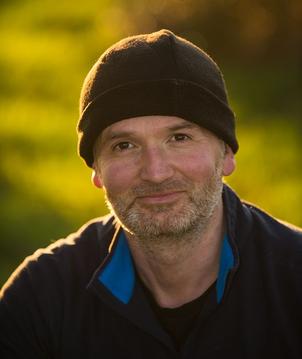 Andy is a contributing photographer to National Geographic magazine and a Nikon Ambassador for Northern Europe. His images have featured in all of the world’s most prestigious photographic competitions and he has been awarded 5 times in GDT European Wildlife Photographer of the Year, 3 times in the last 5 years. In 2016 he was the overall winner of Bird Photographer of the Year and in 2020 he was the overall winner of the Big Picture Natural World Photography competition in the USA. He is a passionate advocate of extending rights to all animals and works only with animals that are wild and free.
www.andrewparkinson.com 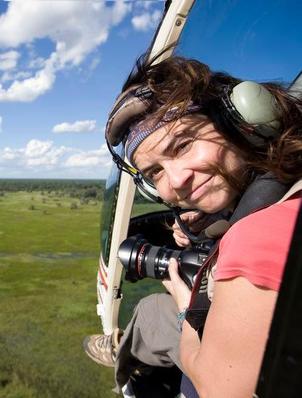 Ofelia de Pablo is a photographer, filmmaker and journalist. Her work has taken her to travel to more than 70 countries documenting the environmental, social and political issues that define our times.
She is internationally recognized for her adoption of a hybrid visual narrative, filming a series of influential multimedia documentaries for several of the world's best media. Her photography and documentary work has been featured in The Guardian (UK), National Geographic Magazine, The New York Times, TIME, Channel 4 News (UK), GEO Thema (Germany), Der Spiegel (Germany), CNN, Süddeutsche Zeitung (Germany), Stern (Germany), WWF Media, The Atlantic (USA), Red Bull Media House, The Observer (UK), Conde Nast Traveler, GQ, Marie Claire, Vanity Fair, El Pais, among others.
In 2011 she co-founded Hakawatifilm a multimedia production company dedicated to telling stories that rise awarness and advocates for positive change through multimedia tool, with her partner, photographer and DOP Javier Zurita.
With multimedia she gets unique access to sensitive human rights issues. Recently she has focused on conservation stories by making award-winning documentaries on European projects such "Doñana’s Human Heart", to help to protect the most important wetland in Europe or improve the coexistence between wolves and humans in "Sharing the Land" selected, among others, for the Wildscreen Festival, the most important international nature and conservation documentary festival in the world.
Her work "Red Gold Slavery" is nominated for the Amnesty Media Award 2020 and she has received the Manuel Ortiz Foundation NY award for "The Invisible Genocide" published in The New York Times.
As CANON Pro Master she gives talks and conferences related to the new language of multimedia and its application to conservation and social impact in several centres and universities around the world.
www.ofelia-zurita.com 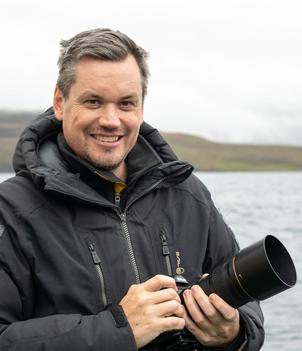 Norwegian Ole Jørgen Liodden works as a professional wildlife photographer, author, expedition leader and conservationist. Before deciding to become a professional nature photographer in 2003, he earned a Master's degree in Natural Resource Management, Resource Economics and Environmental Politics at the University of Ås, Norway. He also studied Wildlife Management, Ornithology and Mammalogy at the University of Alaska Fairbanks (UAF). Ole has always been interested in environmental conservation and resource management. Today, he uses his photography to generate more interest in environmental issues in the Arctic and also in marine ecosystems.
As an expedition leader, he has done more than 50 photo expeditions to Svalbard, where he has photographed hundreds of polar bears over the past 15 years, in recent years also with underwater cameras. His passion for polar bears led to a four-year book project - Polar Bears & Humans - published in 2019. It details the threats to polar bears, focusing mainly on unsustainable hunting and the commercial trade in polar bear products. His photographic work has touched people around the world and he has now won a dozen international photography awards, including nine winning images in the European Wildlife Photographer of the Year competition.