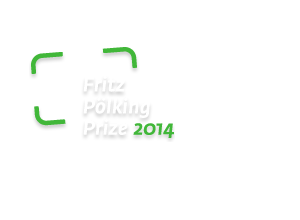 by Patrick Brakowsky (for the jury)

The Teutoburg Forest was rainy and hazy on this Sunday in May when the five jury members gathered at Haus Sonnenwinkel near Bad Essen. One could interpret the weather conditions as a foreshadowing floating in the air of the atmospheric forest pictures by Urtzi Vera, which were to be chosen as the winning portfolio a few hours later, but first and foremost they made it easy for us to sift through the numerous submissions for this year's Fritz Pölking Prize with the blinds down. In several swift and harmonious selection rounds, there were many beautiful pictures to be seen - creative, versatile, unconventional and classic, sometimes spectacular, sometimes modest; but often it was not quite enough for a coherently composed series of pictures or a portfolio. Many submissions were less convincing with a photographic theme or a story than with a compilation of good individual images, and so four favourites emerged quite quickly in each of the two age groups. Among the adults, the thematic and stylistic differences were enormous. This was a wonderful illustration of the wide spectrum of modern nature photography, but also caused some discussion among the jury members when it came to choosing the final winner. In the end, the portfolio of the Spaniard Urtzi Vera was chosen because it brought together what belongs together: photographic and creative skills, an intensive preoccupation with a habitat and a sensitive eye for the supposedly unspectacular, "everyday" nature. Even without background information, you can tell from the pictures that the photographer knows this landscape and is constantly rediscovering it, that he knows when to go to which places to lend the old beech forest a sense of mysticism through fog and light. He manages to creatively stage the seasons and their effects on the landscape - for example, when he explodes the rich colours of autumn with a moving camera and a lens prepared with Vaseline, or when he captures the passage of a year in a single photograph, a macro shot of a four-coloured beech leaf. It is this concentrated photographic gaze, the finding of the spectacular in the unspectacular and the independent visual language that convinced the jury. Outstanding or - in this case - award-worthy nature photography does not necessarily require elaborate world travels or extravagant animal action - it can also be found in the small, in the background. This realisation also strengthened our conviction to honour Urtzi Vera with this year's Fritz Pölking Prize.

The portfolio of the young Belgian Michel d'Oultremont is also about the enigmatic and the inconspicuous. His pictures of black-necked grebes in a marsh do not show any action or extraordinary scenes, but live from the mood of the moment. The photographer makes the play of light, its colours and the reflections on the water the real protagonist of his photos and skilfully integrates the birds into these picturesque sceneries. Such pictures also require an intensive examination of a narrowly defined but extremely appealing photographic subject and they encourage us to keep discovering and appreciating the fascination of nature in our immediate surroundings.