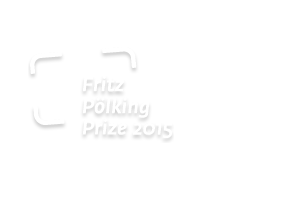 by Werner Bollmann
"Life is like a box of chocolates - you never know what you're gonna get." This iconic quote from the classic film Forrest Gump not only applies to life in general, but especially to judging a contest, where time and again it is exciting to see what kind of photos and topics from around the world have been sent in by the participating photographers. And the box was well-stocked: interesting portfolios, thrilling reports – it was all there on this Sunday in April in Bad Essen where the jury of five had gathered to select this year's winner of the Fritz Pölking Prize. Some 120 entries needed to be evaluated in several rounds and then, unfortunately, also thinned out, because as always there could only be one winner in the junior and adult category each. But luckily, the entries were of high quality and the jury, consisting of Gisela Pölking, Hubert Tecklenborg, Marion Vollborn, Hermann Hirsch and myself, worked well as a team, where all of us could contribute their knowledge to the maximum advantage and defend their opinions with confidence and trust. From long years of personal experience, I can confirm that there is hardly anything more pleasant than completing the demanding task of judging a contest in an atmosphere that is most positive.

And in the end, we agreed unanimously on both winners: we had found our "favourite chocolates". In the adult category, an exciting story about the fennec fox succeeded, a charismatic animal that has hardly ever been photographed in the wild. It is a nocturnal species and extremely timid, living in remote desert areas of northern Africa, in countries that do not exactly excel in stable political settings, where sand storms and myriads of flies can make life very miserable. So it is quite a brave undertaking to embark on such a project. And the photographer of this story is someone who is well known for not shying away from any kind of tribulations, someone who starts where others have given up already: Bruno D'Amicis from Italy. His portfolio gives us a fantastic insight into the life and sometimes also the misery of this little fox with big ears.

Before moving on to the winner of the Fritz Pölking Junior Prize, this is the right moment for some remarks on the submissions in the adult category. Although this is repeated year after year in the jury's comments, almost like a mantra, I still feel the need to highlight it once again: many, many entries suffered from severe redundancies, giving away their chances unnecessarily at a very early stage. As is the case with so many presentations: reducing the choice of material to its substance seems to be a difficult task for most photographers. However, and this remark is also made almost every year by the jury, this problem hardly ever occurs in the junior category. Once again, it transpired that the young photographers know extremely well how to edit their portfolios and reports, making it all the harder for us as members of the jury to make a choice. In the end, we decided unanimously in favour of the portfolio by a young Canadian, Connor Stefanison, who convinced the jury with a varied, informative and incredibly well executed portfolio on mountain goats. With intense portraits and photos of their behaviour, he introduces us to the life of these graceful animals in their high-mountain habitat. Once again, it was reassuring to see that there is no need to worry about the next generation of nature photographers. There will be a lot of chocolates for future juries ...